In my last blog, I shared some insights and material from a roaming conference that took place in 1999. The conference took place over three days so there was too much information for just one blog. Having only entered the roaming industry in late 2002, I had missed out on all the fun of the migration to TAP 3. I do recall many questions about operators still using TAP 1, but they sort of went over my head.

At the time of this conference, migration to TAP 3 and the subsequent implementation of RAP (reject and returns procedure) was big news. Reading the various papers, I couldn’t help but think that 20 years later we now have a frozen TAP 3 specification, and the next big evolution is to BCE. I say evolution since there is no migration as such and the two will probably run together in parallel for quite some time.

Recently I read a blog by Kaleido Intelligence, a roaming research company. They claim that “BCE will be a $5bn opportunity for MNOs” and that “nearly 30% of wholesale roaming traffic will have migrated to the BCE standard by 2027…[with] an anticipated migration period of 2.5-3 years, with BCE and the legacy TAP systems running in parallel during this timeframe.”

Critically, they then state that “even by 2025, most telcos surveyed (70%) will see less than 10% of their settlement accounted for by the new billing and charging mechanism.”

Back at the conference, Christer Gullstrand, then of GTE, now Syniverse, presented on the importance of TAP 3 to MNOs, whilst Alex Doerner, then of Mannesman, now Vodafone Germany, presented on the technical details. I could swear that they meant Axel Doerner – unless there were two cunningly similar named TAP 3 billing experts!

Putting aside Christer Gullstrand’s statement that “we are only in it [roaming] for the money” and that TAP 3 will enable operators to “implement FIGs” (whatever happened to that?), it is fascinating to read his presentation. Much of what he says was spot on and some of the smaller points have turned out to be the biggest points of all. I still think that CAMEL was the most ground-breaking change of all because it enabled sophisticated real-time value-added services, real-time fraud control possibilities, and, of course, prepaid roaming.

However, Christer also states that “TAP3 is a flexible format” and that it is “easy to add data”. Whilst technically true, was that really the reality? Furthermore, the presentation concludes by stating that “TAP3 will be a living standard with upgrades every year”. So what was the reality? Having referenced TD.57, the TAP specification document, in fact from 1999 until 2022 there were only eight major TAP releases, the last of which was in 2011[1]. Of those, five were released within the first two years of TAP 3 becoming mandatory. This means that the roaming billing world has been frozen at 3.12 and 2011 ever since……

Let me be clear though, that I am not criticizing the work of Christer, Alex (Axel), and the many others that created and implemented TAP 3. It was an amazing achievement. All I am noting is, that sometimes the promises don’t all materialize and, as we go through the BCE launch, it is important to remember that. That said, it is perfectly reasonable to argue that the stability of TAP 3 was a reflection of its own success.

After these presentations, the conference continued with the panel discussion that has helpfully been transcribed. The same questions that are coming up with BCE today came up then. Will there be interworking and conversion? What will be the impact on non-compliant operators? Will there be a role for outsourced companies to convert formats? The greatest truth of all came from the chair, Christer Gullstrand, who stated “I think the only real pressure that we actually have [to get TAP3 implemented worldwide] is the commercial requirements, I mean money.” He was right then, and he is right now. Nothing much has changed in all these intervening years and it will be the money that determines the success of the forthcoming BCE launch.

Whilst BCE is the tech for tomorrow, the need for VoLTE roaming is immediate and pressing. Some operators have lost voice coverage in America and will start to lose coverage in other markets too. Already this has been hitting the press. The combination of hesitance, lethargy, and the devastating impact of COVID-19 upon roaming revenues has impacted investment. Whilst the impact of BCE will be transformative, rolling out VoLTE roaming is critical to maintaining (and improving the quality of) today’s services. That was one of the main reasons why we have recently developed RoamFlow, to facilitate uninterrupted roaming even as operators start to execute their plans for 2G and 3G sunsets and the spectrum refarming required for 5G.

[1] In the interests of accuracy, I should note that the last minor update was in 2016. 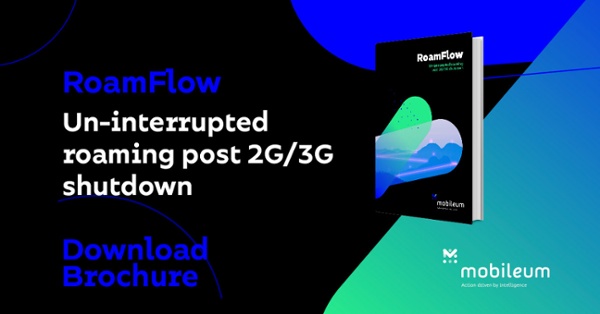