Wi-Fi hotspots in and surrounding tourist attractions are increasingly becoming targets for hackers, where they set up fake hotspots or hack insecure hotspots to gain access to a user’s phone, password and online accounts.

In fact, a list of the most ‘hacked’ tourist attractions have been identified, where Disneyland parks, Times Square New York, Ocean Park Hong Kong and Notre Dame Cathedral Paris are named in the list of the world’s highest at-risk sites.

We have all used, at one point or other, free public Wi-Fi hotspots. Depending on your mobile phone agreement, you may actually rarely use these free Wi-Fi hotspots, unless you are abroad, maybe even on vacation.  And while we look forward to some deserved time off, even if it’s just a quick weekend escape from the hustle and bustle – a large majority of us also switch off – when it comes to our mobile phones. In fact, globally it is estimated that 68% of roamers switch off their plans and instead use local SIMs or take advantage of free Wi-Fi hotspots to stay connected and avoid roaming-related bill-shock.  While using Wi-Fi hotspots resolves the issue of reducing roaming bill-shock, it also opens up users to a different type of shock – where hackers break into their phone and seize control, or steal our data.

The security risks to Wi-Fi hotspots is not limited to tourist sites, at home Wi-Fi networks at the local mall are just as vulnerable. The risks are becoming more complex and needless to say, fraudsters are nothing if not deceptively creative. In the U.S. there is currently a cramming scam where the caller asks, “Can you hear me?” The person replies “Yes”.  Their voice signature is recorded, and can later be used by the scammers to pretend to be the consumer and authorize fraudulent charges via telephone.  These types of scams can easily spread internationally as more users connect to unsecure Wi-Fi networks. While finding ways to improve security to prevent these attacks is important, it will never be enough. Creating tighter security is just the first layer of protection.  But what happens when the fraudsters break through?

In order to successfully mitigate the rising number of risks in today’s networks, Fraud Management systems need to work seamlessly with security protection to constantly monitor for unusual trends and identify fraud before it happens. That way, when security is breached, the Fraud Management system will be able to follow its path and identify patterns that reveal hidden relationships and suspicious movements and minimize any potential damage.

The technology needed to support fraud management operations has changed significantly, with an increased reliance on artificial intelligence (AI) and analytics as a means for uncovering and identifying fraud; machine learning technology to identify unusual patterns and correlations from disparate data sources; and visualization to comprehend the culmination of a series of factors, such as social network activity.

CSPs must also assess whether they have the tools in place to manage and leverage big data in order to have the speed and efficiency required to foresee and mitigate against future fraud risks and other types of security threats.

Questions? We'd love to hear back from you. 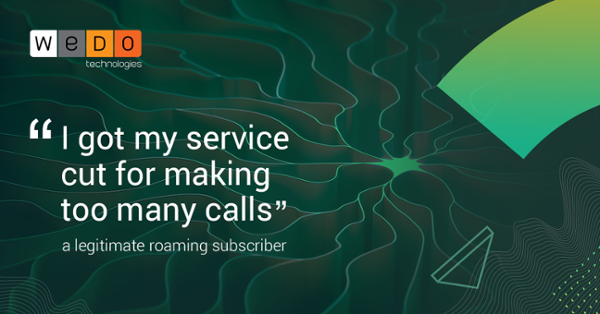