My hero Steve Carrell just called me with a clear message – we must fight the robocalling plague!!!

Last year I wrote a blog about “Britney Spears and the Fight Against Signaling Hackers”. Of course the headline was slightly tongue in cheek and, with some justification, I was almost accused by my good friend Andy Mayo, Vodafone Group Fraud, of writing “clickbait”. To be precise he actually wrote:

“I can't comment on the title (I won't call it clickbait!!) given some of the titles I've chosen for my own work...! Lol.”

This time around I hope you will agree that this headline is no mere clickbait! I really did receive a call from a caller claiming to be Steve Carrell. I could claim ignorance and suggest that I believed him but the reality is that The Office (USA) is my all-time favourite comedy – or at least joint favourite with Curb Your Enthusiasm. However, if you don’t trust me, click here to listen the recording of the call.

Listen all the way to the end and then make your own determination!!!

And if you doubted my love of The Office (USA), then check out the photo of my car. To my wife’s chagrin, I love that “Dunder Mifflin” bumper sticker. To say she hates it is, well it is best left at that! 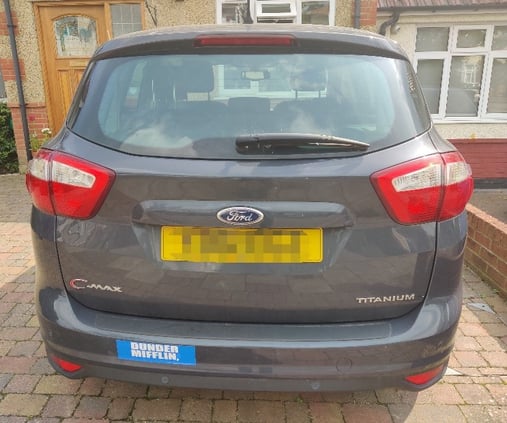 Anyway, assuming you have just listened to the recording, several questions may come to mind. Hopefully the first one is why on earth did I record this call? To me, the other obvious question is how on earth does anyone think that this is a genuine call from Amazon?!

Returning to the first question, why did I record this call? Simply put, I estimate over 80% of the calls we receive to our landline phone at home are robocalls. There are specific reasons why we still have a landline phone but one of them is not to receive calls. Virtually everyone who wants to speak to someone in our house calls their mobile phone – that is simply a sign of the times. However, until recently robocallers haven’t followed that trend. The problem is so bad that when our landline rings, I fully expect the call to be a robocall. Of course, there is an early warning indicator through the CLI display. As a result, I am able to determine a robocall with near 100% accuracy, before I have even answered the phone!

Just a few years ago, though my involvement with the CFCA, I recall hearing about the plague of robocalling affecting the USA. I remember thinking that this is mostly a North American problem since I haven’t heard much about this in other regions. Sure, the theoretical risk could impact everyone worldwide, but at that time that simply wasn’t the case. At that time wangiri fraud was far more widespread. How things have changed!

Just as the robocalling plague has spread across the Atlantic to my home country of the UK, so has another aspect of it. Whilst attending Mobile World Congress two weeks ago I received two calls that immediately stood out to me as unusual. I attach a screenshot of my call log below: 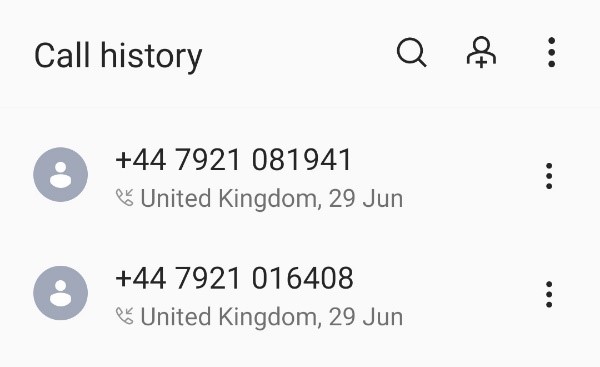 You might be thinking, why do these look odd? My own phone number is +44 7921 0*****. What you can see yet another tactic that has been imported from the USA. In this case the A number is manipulated to resemble the B number. My number range is 07921 so why not use the same range as the originator for the call. This technique works well in the landline domain since it suggests the call has originated form the same locality as the recipient, resulting in a higher answer rate. In the mobile world it actually had the opposite effect on me. In the 10+ years that I have been using my number, I have only ever once received a call beginning 07921. I was therefore surprised to receive a call like this, let alone two in the same day!

So what does this all mean? For one thing, in case there was any doubt, robocalling is a huge problem. It has a hugely negative experience upon users and those users will soon lose confidence in their phone service – whether landline or mobile. Within the USA action has been taken through the rollout of STIR and SHAKEN. There is a debate about the efficacy of that solution but whatever the case, outside of the USA action must be taken.

In my case my landline is ported from BT to Virgin Media. My mobile is ported from O2 to EE. In both cases it means I don’t even know who to blame for not screening my inbound calls to check for signs of robocalls. Afterall, if I can spot the robocalls with 100% accuracy before they are answered, why can’t my network provider!!!

I won’t plug any of Mobileum’s solutions that address this problem other than to say, if this problem is causing you concern please read about our Voice Firewall solution that will help your network address this issue. End of plug!!! 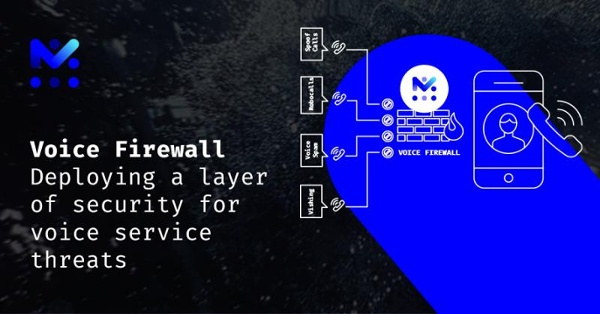 Fighting Voice Fraud is a Game of Strategy

The game of chess has evolved over its 1,500+ year history. The positional style, which became popular in the late 19th ...