Ask the Experts is a feature in CFCA newsletter, The Communicator, where they ask three CFCA members three questions about a specific topic. One of the experts in the most recent edition was Amit Jain from Mobileum, an active member and much appreciated sponsor of the CFCA. We are very appreciative Amit has agreed to share his expertise!

From your perspective, what is the amount of Wangiri your customers are experiencing now? (small, moderate, or large) and are they targeting specific services like cellular, VoIP as opposed to landline?

Wangiri calls have increased significantly in most regions over the last 1-2 years. If you do a simple google search by typing Wangiri 2019, you will be flooded with reports and news published by the press, operators and regulatory authorities stating the amount of Wangiri calls has significantly increased. Wangiri fraudsters have now started operating on an industrial scale. Rather than targeting specific individuals, they use automated dialing machines to work through huge ranges of phone numbers, calling thousands every minute. Wangiri is not a new scam but, as with many other types of established frauds, it shows no signs of dying out. We believe it is set to become even worse. Recent improvements in automated dialing platforms and the advent of Voice Over IP (VoIP) allow these spammers to call thousands of people simultaneously and do so at lower costs than ever before.

Where do you see Wangiri fraud migrating to and evolving into over the next 5 years? Will it diminish, continue, or grow? What keeps the scam going?

As per the CFCA 2019 fraud loss survey report, Wangiri is one of the top 5 fraud methods used by fraudsters to carry out fraudulent activities. It is also estimated that Telcos are losing close to USD 1.82 billion globally to this fraud. In next 5 years Wangiri will continue to be widely employed to commit massive fraud attacks like IRSF and Robocalling fraud. One can see the business impact where fraudsters just need to send a missed call with an almost guaranteed returned call to IPRNs or to transfer the calls to telemarketers who can then perform scams. It’s quite evident that Wangiri is not going to diminish and rather it will further grow impacting operators directly through revenue and reputation loss. This will impact their subscribers leading to dissatisfaction and eventual churn from the network. The dramatic increase in spam calls can be attributed to advancements in auto dialing and involvement of robots in place of human beings, which has been getting progressively cheaper every year. Recent improvements in automated dialing platforms and the advent of Voice Over IP (VoIP) allow these spammers to call thousands of people simultaneously rather than making individual calls and that do so at lower costs than ever before.

What are the challenges and possible solutions to Wangiri fraud going forward? Are government legislative laws the answer? Stir/Shaken? Blocking/Technical solutions? Ramifications for carriers that knowingly carry the traffic? Fines/prosecutions for Wangiri pumpers?

The major challenges that I see why Wangiri cannot be eliminated are:

Having said this, it still does not mean that one cannot reduce the impact of Wangiri fraud i.e. adverse impact of direct and indirect losses to the operator can be minimized to a large extent by having an integrated approach of regulators, Telco’s supported by highly advanced and robust fraud management solution with real-time action capabilities. Some of the options which one can possible solution for handling Wangiri fraud are:

Consumer education- The regulatory authorities and operators must conduct consumer awareness campaigns by stating how Subscribers should not pick unknown numbers or should not revert back to single missed calls, until they have validated the numbers.

Technology backed with AI/ML– Telco’s should invest in advanced and robust ML/AI based fraud management solutions which will allow them to proactively detect Wangiri number or number ranges. All the fraudsters take advantage of the time gap between fraud detection to action. As such, to reduce this fraud run time, operators should invest in real-time action capabilities which can work autonomously with minimal interventions.

Integrating with IVRs – Integrating and diverting calls to IVR can be a definite approach of handling Wangiri spam attacks being performed by robots. There are systems available which a request calling and called parties to type in DTFM tones and if the digits are current then only the call is established. Robots cannot give responses to such dynamic dial-in digits thus enabling real-time prevention from blocking these calls from terminating in operators network.

Integrating with STIR/SHAKEN Interface – Robocall has become the biggest nuisance and the latest STIR/SHAKEN Standards are definite way to handling the spoofed or spam calls from illegal numbers. Naturally, lack of international coverage will weaken the effectiveness of this with regards to Wangiri.

DND Mode - Last, but certainly not least, is the most drastic option of all: using DND mode. All modern smartphones have a DND feature which can be configured to only allow calls from numbers already listed in your phone contacts. Any calls you receive that are not in your contacts will go directly to voicemail. If you would rather give yourself a little more flexibility, you could do the manual equivalent of this approach instead and just never answer your phone unless you recognize the name or number.

This article was previously published on The Communicator, CFCA Newsletter. 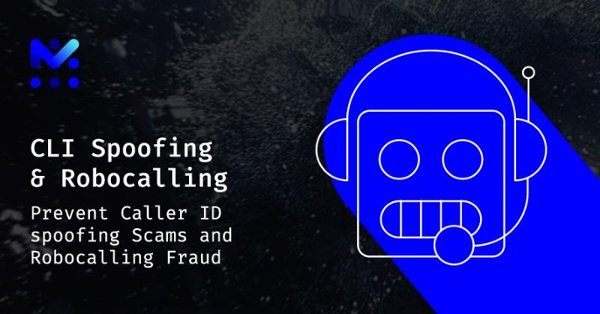 How Fraudsters Are Exploiting the Exponential Rise in Data Traffic

It feels like just a few years ago, we were discussing how to incentivize consumers and businesses to use mobile data. W...

Content Piracy: What you don’t know can hurt you

Take the Sting Out of Subscription Fraud

With the growth in digital services, the telecom market is becoming highly saturated with very high subscriber switch ra...