According to GSMA Intelligence, more than 200 operators around the world have deployed VoLTE services in their networks, and nearly 2,000 devices support VoLTE features today, with many more being launched each month. However, adoption of VoLTE roaming has not followed the same trajectory as domestic VoLTE deployment. As 2G and 3G sunsets pick up pace, VoLTE Roaming will become essential for operators to provide to their customers voice service access in key markets.

The biggest barrier to widespread VoLTE Roaming adoption is that it is highly resource-intensive and time-consuming to set up. While to set up 2G and 3G voice roaming, operators only needed to ship SIM cards to each other and conduct well established partner testing, VoLTE roaming introduced more elaborate procedures. VoLTE roaming requires the exchange of actual devices, meaning operators need to invest time and incur high expense to send and test multiple devices for what is an ongoing process. GSMA Intelligence estimates there are more than “1,800 hundred VoLTE compatible devices” across 200 different network operators. So, if an operator sent ~15 devices to their partners, you can see how quickly the time, effort, and cost becomes overwhelming. On top of this, operators also need to compare network configurations to ensure interoperability and resolve architectural differences and possible routing misconfigurations. You can understand why VoLTE roaming has been slow to roll out.

While until recently the existence of a 2G/3G voice roaming agreement provided a safety net that guaranteed the availability of voice service to roaming subscribers, more and more operators are working towards deploying 5G in the spectrum now used for 2G and 3G. On one hand, the closure of legacy 2G and 3G networks will greatly enhance the quality and capacity as well as reduce the complexity, however at the same time it makes the launch of VoLTE roaming essential to guarantee availability of voice services to roaming subscribers.

In our latest whitepaper, ‘Building Momentum around VoLTE Roaming’, we discuss why operators must address VoLTE Roaming now to avoid a bottleneck situation where a rush of operators seeking to set up VoLTE Roaming agreements risks of overwhelming even the most resourced operators.

The paper outlines solutions that are available to help reduce the burden of implementing VoLTE Roaming. These include:


Delaying the implementation of VoLTE Roaming agreements is increasingly becoming a risk for an operator’s roaming business. It is anticipated that by the end of 2022, there will be no live 2G or 3G in the USA. Therefore, VoLTE Roaming will be a requirement for providing a continued voice service to inbound roamers traveling to the USA. And many countries will not be too far behind. To learn more about how to fast-track your VoLTE Roaming strategy, we invite you to register for the Mobile World Live webinar to be held on December 3 that will feature as Mobileum speakers Michele Zarri, Vice President – CTO Office, and Shicheng Hu, Principal Consultant Telecommunications. 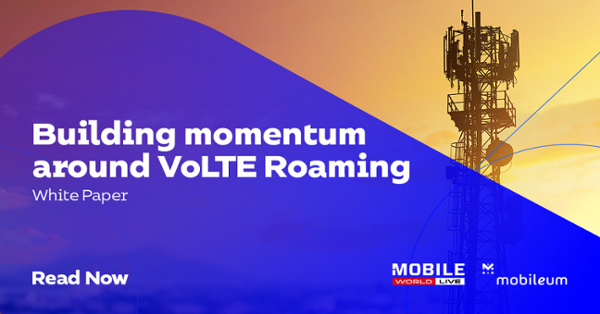