As with the film Back to the Future, this blog comes in three parts. If you missed part 1 or part 2, feel free to click on the links -- part 1, part 2.

Part 3 of this blog[1] focuses on the last day of the roaming conference that took place in 1999 that I have previously covered. The first presentation was from France Telecom on their SS7 offering. I read this with great interest given my personal background in SS7 security. Naturally, I was looking for references to security, risks, and mitigation strategies. Needless to say I didn’t find them. Yes, the approach to SS7 connectivity back in 1999 was different from today. I smiled at the reference to the standard 64K link for connectivity – how things have changed. Putting that to one side, the reality was that nobody really considered the drawbacks of connecting critical national infrastructure (i.e. mobile networks) to equipment located within hostile countries. The next presentation on SS7, by MTT of Russia, highlights that point, given today’s geopolitical environment. Again, another presentation on SS7 omits all of the issues that are so well known and well documented today.

The rest of the morning was dedicated to roaming value-added services - the very heritage of Mobileum. The first thing that stood out to me was that both of the VAS vendors, Sicap and Star*Home (now Tomia) are no longer independent companies but are now disparate parts of the Lumine group. Putting their loss of independence to one side, the other notable feature is that there is no mention of the two most successful value-added services in the history of roaming: traffic steering/Network Traffic Redirection and Welcome SMS. How times have changed! Such a presentation today would be unthinkable, especially considering that provision of a Welcome SMS is a regulatory requirement in many markets globally.

Instead, the vendor focus was on non-CAMEL prepaid roaming solutions and addressing voicemail issues. Whilst the latter has proven commercial success, ultimately, the complexity of most non-CAMEL prepaid solutions meant that they had a limited lifespan. I also can’t help but mention that Ernest Cavin, the Sicap presenter, quotes himself, twice, in the presentation. I have never seen that before in any other presentation – not even Steve Jobs. I hope one day to be such an authority that I can quote myself in a future presentation : )

The first operator to present was Eduard Jebbink of KPN – interestingly almost the only company to still have the same external branding. He cites three services as having huge potential: operator-controlled number translation, VPN services, and pre-paid roaming.

The first, cunningly named Dromedary (presumably in competition or contrast to CAMEL?), was simply the use of switch translation features to map short codes to long codes. Simple and quick to implement (at a limited scale I add) it supported voicemail retrieval as well as connecting to customer services. Naturally, this has long since been replaced by CAMEL as a simpler, more cost-effective solution. A similar service called “EJEX” was discussed offering the same service for inbound roamers. This never saw any market traction.

Eduard then finished with several slides on CAMEL phase 1. Back in 1999, the requirements to roll out CAMEL must have seemed monumental - both in terms of complexity and the sheer amount of work required, and that is reflected in Eduard’s slides. Frankly, the workload issue was never really addressed and the issues he referenced with respect to billing complexity and impact upon TAP plagued the industry for at least the following decade. Still, with the benefit of hindsight, his recommendation to instead focus on a proprietary vendor solution seems misplaced. To quote the slides, the benefit of this would mean that “everyone now can implement Dromedary and EJEX…”. I rest my case there my lord - as the English barrister will say when concluding his argument legal argument.

The next operator to present was BT Cellnet, now Virgin Media O2. This presentation addressed GPRS roaming and interestingly, it exclusively focussed on corporate customers and their needs. One of the needs was for a secure inter PLMN backbone – this was in the days before IPX was even an idea. Was GRX being discussed then? Interestingly, one of the major issues he described was correct APN resolution. The question was posed:

“Should a Subscriber enter the Operator ID?

Honestly, my eyebrows raised reading this. Mobileum offers a GTP Traffic Router to precisely address this issue and it is amazing that the same challenge still exists all these years later.

The afternoon session was kicked off by the late Lodewijk Cornelis, who was pitching for the role of outsourcing and clearing houses. This hardly seems worth discussing today since it is a given that operators require an outsourced clearing house. Where his argument has less strength is the need for outsourced roaming agreement negotiation and testing. There are definitely success stories in this field, and Mobileum has an offer in this market. However, these do not yet represent the majority of operators or traffic. That said, the trend is slowly towards this direction.

The day finished with a range of presentations covering UMTS (3G), inter-standard and national roaming, and inter-standard handsets. One of the presenters on UMTS was from PriceWaterhouseCoopers (now PwC). That made me smile since I worked for them at the time and recall the expensive consultancy that reduced the brand's Price Waterhouse and Coopers & Lybrand to that name. None of us could possibly have come up with the new name! Putting branding to one side, the presentation is an interesting snapshot of history, and don’t forget, wideband UMTS was set to deliver only 2mbps - in laboratory conditions of course.

The final presentation was on inter-standard handsets. There is no doubt that there have been various efforts on this front – iden/GSM, GSM/satellite, CDMA/GSM amongst others but, ultimately, handset manufacturers pursued the most lucrative markets and they were the multi-band handsets. Remember when dual-band and tri-band handsets became a must-have requirement in order to roam between regions?

Before wrapping up, I will also touch upon the pre-conference workshop. The day was a mix of topics from legal, to marketing, to future gazing, but mostly focussing on national roaming. From Orange Switzerland, there was serious discussion of the operator name displayed on the device. This used to be so critical whereas nowadays this is buried within the depth of device configuration settings. There was another paper on national roaming via satellite operators. Clearly, that never went anywhere at all.

Finally, two case studies from Germany on national roaming, from T-Mobil and VIAG Interkom (now O2). The T-Mobil presentation was given by my friend and former colleague Michael Giessler – literally the grandfather of international roaming. He in fact wrote a fascinating chapter in Fred Hillebrand’s book on the history of the GSM standard. His presentation is a journey into the history behind national roaming in Germany and how the initial approach via Swisscom led to direct national roaming agreements. A paper thoroughly researched and detailed, just as you would expect.

As I finish this series of three blogs, I hope you will agree that it has been a fascinating journey into the past. Not just fascinating, but useful too. Useful to gauge events of today and to give perspective when trying to predict the future too. In a 1948 speech to the House of Commons, Churchill paraphrased George Santayana when he said “Those who fail to learn from history are condemned to repeat it.”

[1] As stated in my first blog in this series, nothing in any of my blogs is meant as a criticism of the authors of the presentations. We can all be clever after the event! 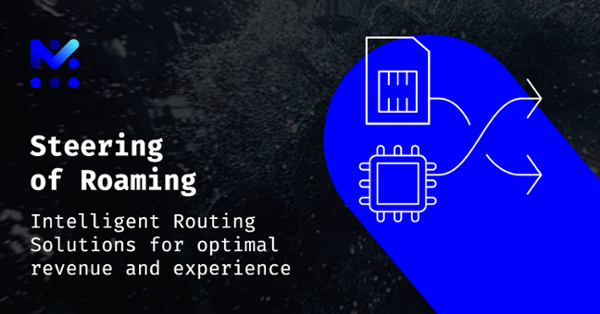